Owned, earned and paid media — the pros and cons.

I recently read this fantastic explanation by Medianet of something that I have found myself explaining many, many times to those keen to use media. Many business owners see and read of other brands sharing glitzy media coverage in high profile publications. However, what they do not share with their audience is that it was actually paid advertising and they were not ‘selected’ by a journo to write about them.

Owned, earned and paid media — the pros and cons.

With so many diverse PR strategies being used today, it can be hard to know what will deliver the greatest results for your brand.

Here’s a short breakdown of each media type, and the pros and cons of each.

Earned media refers to coverage generated when the public, the media/journalists, and customers mention your brand voluntarily. It is essentially word-of-mouth publicity.

This one is fairly self-explanatory, and involves paying to use a third-party channel, such as sponsorships and advertising.

So, what’s the best strategy?

It has become a more popular strategy however with better rules now placed on publications to declare when an article is paid or sponsored, I believe earned media will be something more sought after as, earned media will always have credibility and position your brand and build trust.

I teach earned and owned media. It is powerful, sustainable and will ultimately set you apart from the noise and build that trust you need, to generate leads and grow a loyal audience.

I will teach you the exact steps I use to secure earned media coverage for myself and my clients during my next 7 day Pitch Perfect Media Challenge. You can register here.

And you can read the full article here.

We're not around right now. But you can send us an email and we'll get back to you, asap. 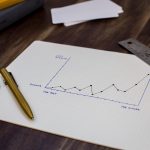 What is your long-term plan? Blog 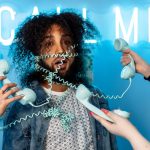 When to prioritise yourself over your business Blog